Diaries of Humanity Holocaust Exhibit at the Sioux City Museum 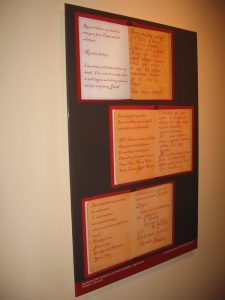 The collection was gathered to better understand the power of the written word, and that not all individuals who were affected by World War II were German or Polish. The exhibit, made up of scanned diary pages and letters from the Ghetto Fighters House Museum, includes some archival material never released to the public.

The photos of Vernon Tott were hung as part of the Holocaust Exhibit.  Vernon was the Sioux City who liberated the small labor camp of Ahlem, near Hanover in Germany.  Tott took photos of the camp and prisoners they encountered and put them on a shelf for 50 years.  When one of the prisoners posted in an Army newsletter that he was looking for the GI who took his photo on liberation, Tott got out the photos and began to track down the prisoners.

Our 80 attended the exhibit opening which included lunch, a talk by Inge Auerbacher and gallery talk by Matt Anderson. 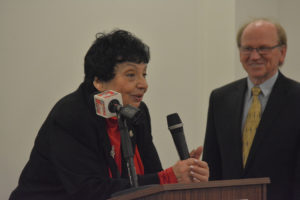 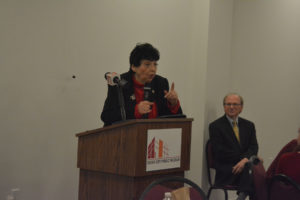 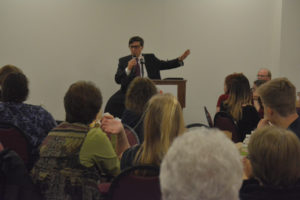 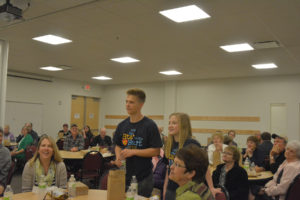 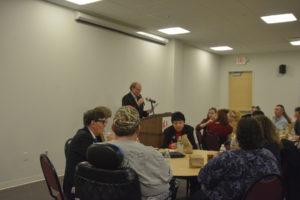 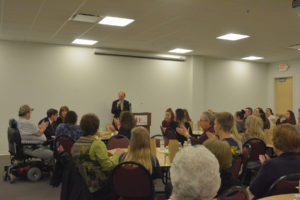 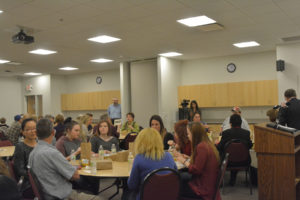 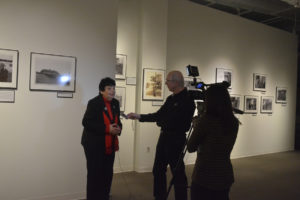