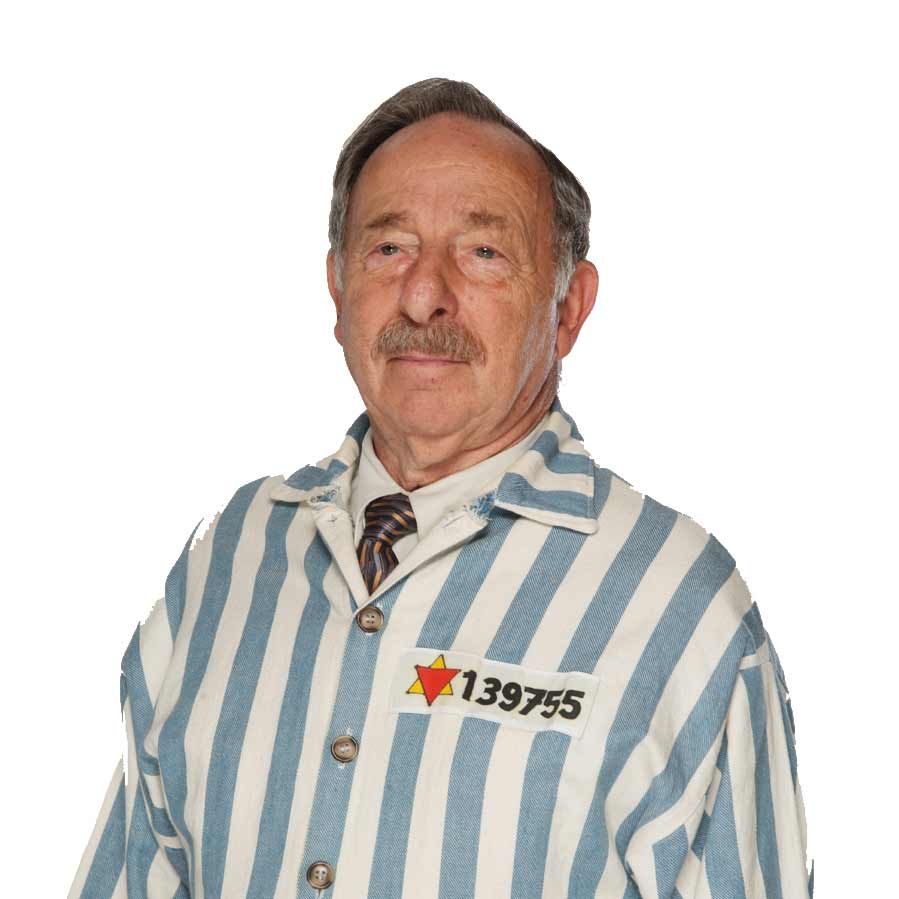 Philip Gans was born in Amsterdam on January 23, 1928. His Gans family escaped the mass arrest of Jews in June 1942 and the family members went into hiding and managed to elude the Germans until July 24, 1943 when they were all arrested. Philip’s mother and sister were sent to the gas chambers at Birkenau, Auschwitz II while Philip, his brother and father were sent to Monowitz-Buna, part of Auschwitz III.

Philip’s 18 months of forced labor caused the loss of his identity as he became number 139755 and endured beatings, intolerable conditions, near starvation, the forced witnessing of executions as mass punishment, transfer to other camps and the loss of his father and brother.

Philip survived the death march of April 1945 as the Germans moved prisoners around in response to the Allied advances and was liberated by American soldiers at the age of 17. Philip came to the United States on an immigrant visa in 1950. In 1951, Philip began serving 21 months in US Army. Extremely conscious of the importance of the Holocaust and the rate at which the last survivors are dying, and the fact that first-person accounts will soon be a thing of the past, Philip has spoken to over 60,000 students since 2000 and continues to make Holocaust awareness presentations on a regular basis.

Phil Gans has been traveling to Sioux City from his home in Florida since 2005 to speak to area students about the Holocaust. His story is the story of a boy who at the age of 15 was taken from his home in Amsterdam and who was then sent to Auschwitz Concentration Camp, along with his father, mother, sister, brother, and grandmother. This boy, Phil Gans, is the only survivor of the 21 family members on his dad’s side. He urges students to join his campaign to “erase the hate” and to never be a silent bystander. Phil has been named an Honorary Alumni of Morningside College and the “Official Holocaust Educator of Siouxland” by the Sioux City Council. In 2013, he was presented with the Tolerance Week Courage to Enlighten Award. Unfortunately, Mr. Gans is no longer able to travel to Sioux City to speak to students.