The transformation of Bay 6 in the Roundhouse at the Sioux City Railroad Museum is almost complete. With the anticipated opening in Spring 2023, visitors will be able to walk through the ominous archway and be transported to wartime Germany. 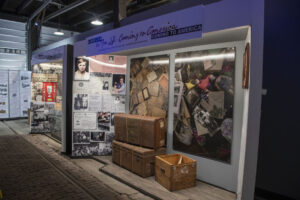 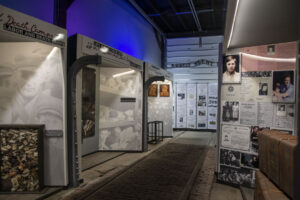 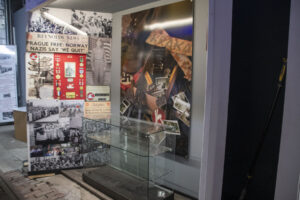 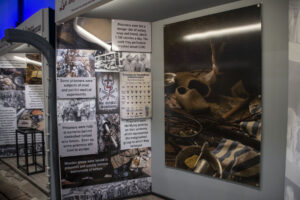 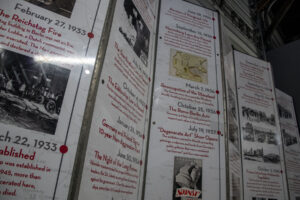 Five alcoves with photos, display cases and video monitors cover Arrival at the Camps, Life in the Camps, Tolerance Week and our Survivor/Educators, Liberation and Vernon Tott’s Story and Coming to America, A Timeline of Events Outlines the Events which led to the Holocaust.

The replica railcar is a sensory experience with the sounds and vibrations of rail travel.  Photographs, videos and displays introduce firsthand experiences of the victims transported by rail during WWII.

The rest of Bay 6 exposes visitors to the full journey of those targeted by the evil of the Holocaust; through the persecution, the segregation, the elimination, and the eventual liberation.

Exhibits include the photos of Sioux City native Vernon Tott who photographed prisoners at Ahlem labor camp after liberating them and Holocaust Survivor/Educators Philip Gans and Inge Auerbacher, who have spoken to area students since 2005.  The exhibit also features the impact of the Holocaust on the Sioux City Jewish Community and local families.

After some final touches over the Museum’s winter break, this moving exhibit will be open to

the public when the Rail Museum reopens and for student field trips in the Spring of 2023.